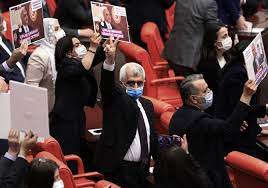 Arrested 23 Iranian immigrants trying to enter Greece illegally. According to media reports, 23 illegal immigrants from Turkey to Greece have been arrested. The Turkish Defense Ministry said in a tweet that efforts were being made against illegal immigrants crossing the Turkish border into other countries.