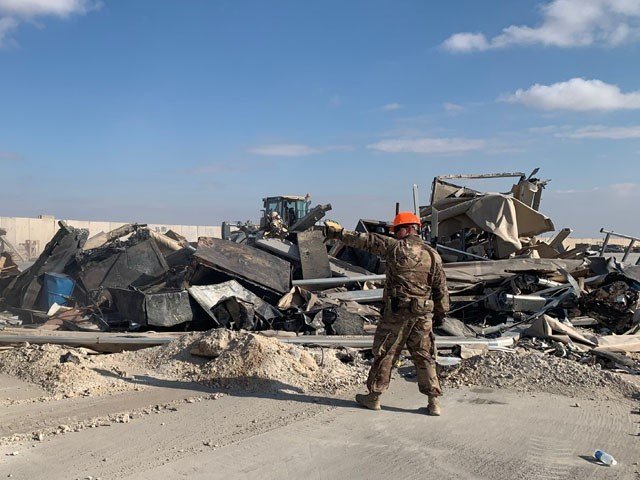 10 rocket attacks on US air base in Iraq

BAGHDAD: Thirteen rockets were fired from an unknown location at the US-led military coalition air base in Iraq, 10 of which landed in the central part of the base.

According to the International News Agency, 10 rockets landed at the military base of the US-led military coalition “Ain Al-Assad” in the Iraqi province of Anbar, which caused severe damage to some parts of the building, but no casualties were reported.

Read this news item: US warplanes bomb Iranian bases in Syria, 17 fighters killed
Col. Wayne Maruto, a spokesman for the military coalition, wrote on the social networking site Twitter that the attack took place in the early hours of the morning, to which a full response was given. An investigation into the attackers is under way, and the facts will be revealed soon.